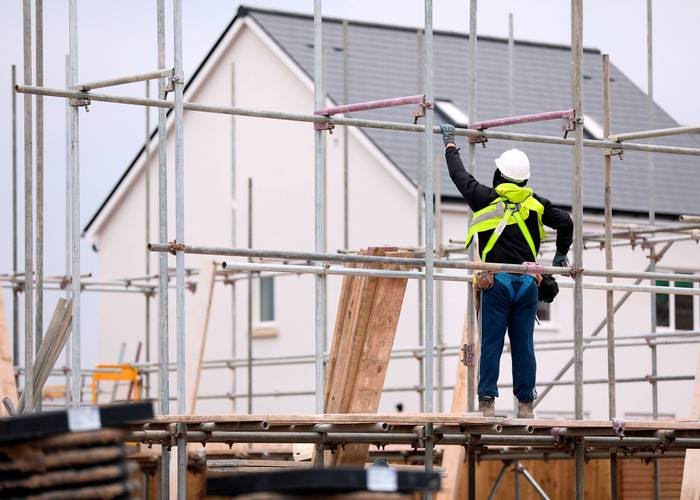 Last week’s property round-up  was a busy one so if you missed it, it might be useful to catch up here:  November 26th, 2017

I’m sure most of you will have read with interest the article by Joe Brennan in The Irish Times earlier this week ‘Central Bank targets second-time buyers amid property price risks: Governor Philip Lane opts to retain main elements of mortgage-cap rules’. This will effectively restrict second-time home buyers’ ability to breach the established loan-to -income restriction (3.5 times) currently in place (since 2015). Until now lenders have had some discretion to the extent of 20% of the new mortgage lending whereas, going forward, this discretion will reduce to 10% of cases. Professor Lane made the point that despite rising home prices in Ireland right now of 12.8% “there’s downside risk” or potential likely risk in the guise of “Brexit, changes in the world trading system, world tax system. There is downside risk in the interest rate environment. And while expansion and had supply would be good news, it would put downward pressure on housing prices.“

Speaking of interest rates, the Organisation for Economic Cooperation has spoken out against any increase in interest rates before 2020 on the basis that it could threaten the euro zone’s economic recovery.

‘Property values soaring by €50 a day as high employment also helps fuel spending spree’ Rights Mark O’Regan in the Sunday Independent today. Apparently the “wealth effect“ has kicked back in with consumer confidence buoyed by the rapid rise in property prices and this has, in turn, lead to a surge in spending on home improvements, foreign holidays and high value household goods. Figures from the Revenue Commissioners reveal that 9,478 homes have been extended under the Goverment’s Home Renovation Initiative at a cost more than €402 million this year, compared to €326 million last year.

Jack Fagan, commercial property editor at The Irish Times writes that a deal to purchase Ballymore’s No 1 The Landings in Dublin Docklands is close to completion in the early New Year for €164 million. German institutional investor Triuva emerged as the highest bidder, with initial net returns of 3.95% expected.

While it doesn’t make any of the newspapers in the Republic of Ireland, a piece in the Belfast Telegraph outlines potential changes to the administration of the planning system there, ‘Belfast council planning shake up to improve quality and speed of applications’. It comes as Phil Williams stepped down from his role as Director of Planning and Place while a senior planning manager steps in (on a temporary basis) until a new chief is appointed. Belfast City Council has confirmed “it is to reform it’s planning service“ after bringing in Scotland ex-chief planner Jim Mackinnon to investigate and carry out a high level review of the entire planning system following complaints to council bosses. “As Belfast continues to experience an increase in and level of growth, the new measures have been designed to improve the quality and speed of the application process. It is too early to release details as the draft recommendations have yet to be sure that elect members but will be shared in due course.”

The Sunday Business Post is definitely the newspaper to pick up today for property news as there is a plethora of brief, relevant articles by lots of different contributors, each giving a unique insight into their respective corners of the market, headings including:

Castlethorn becomes the latest Irish property developer to undergo a rebrand and it looks great, well done to the team there! It is important to see established developers and construction companies embrace new technology is both on-site and online in order to connect with the new generation of property consumers and potential community members.

I’m linking to a Canadian article here that will not be relevant to everybody but there is some important reading for residential developers and home builders – it’s not the most uplifting read for a Sunday, however, it affords the opportunity to learn from the mistakes of others in the hope we can avoid making them ourselves: What Lies Beneath – The Sinking of a Home Builder

As mentioned last week, the Simon Community, Focus Ireland and Peter McVerry Trust have joined forces to set up the Refund Project.  This is an excellent initiative appealing to people who are in a position to donate their Irish Water refund.  The refunds are estimated to amount to €173 million.  While many families will need this refund, for others, the money spent will already have been written off and  this might be a way to help with our homelessness crisis in time for the Christmas period.  If you can support this critical work, through these credible organisations, you can donate at refundproject.ie from December 4th.

The first three books in the series are now available, including: