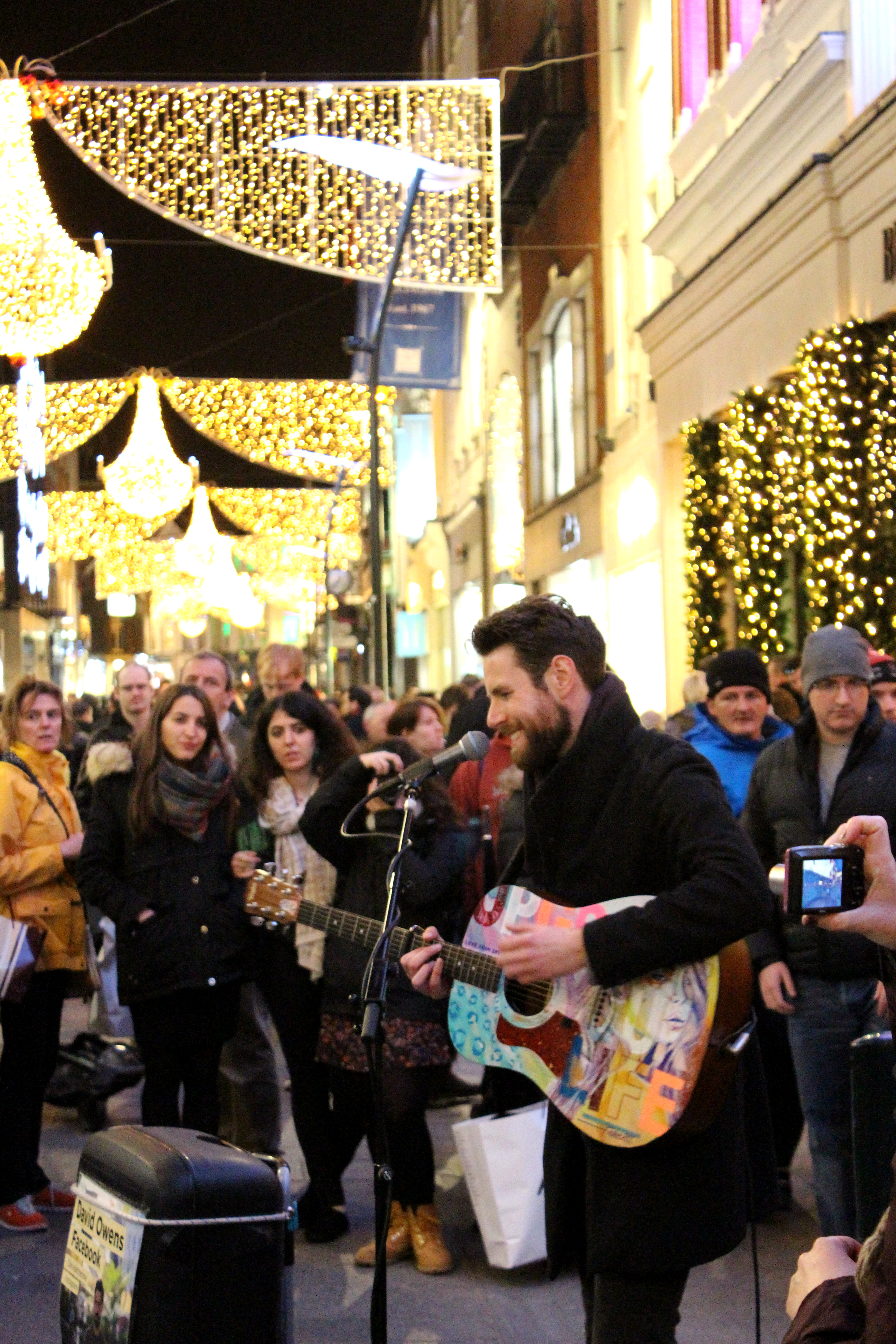 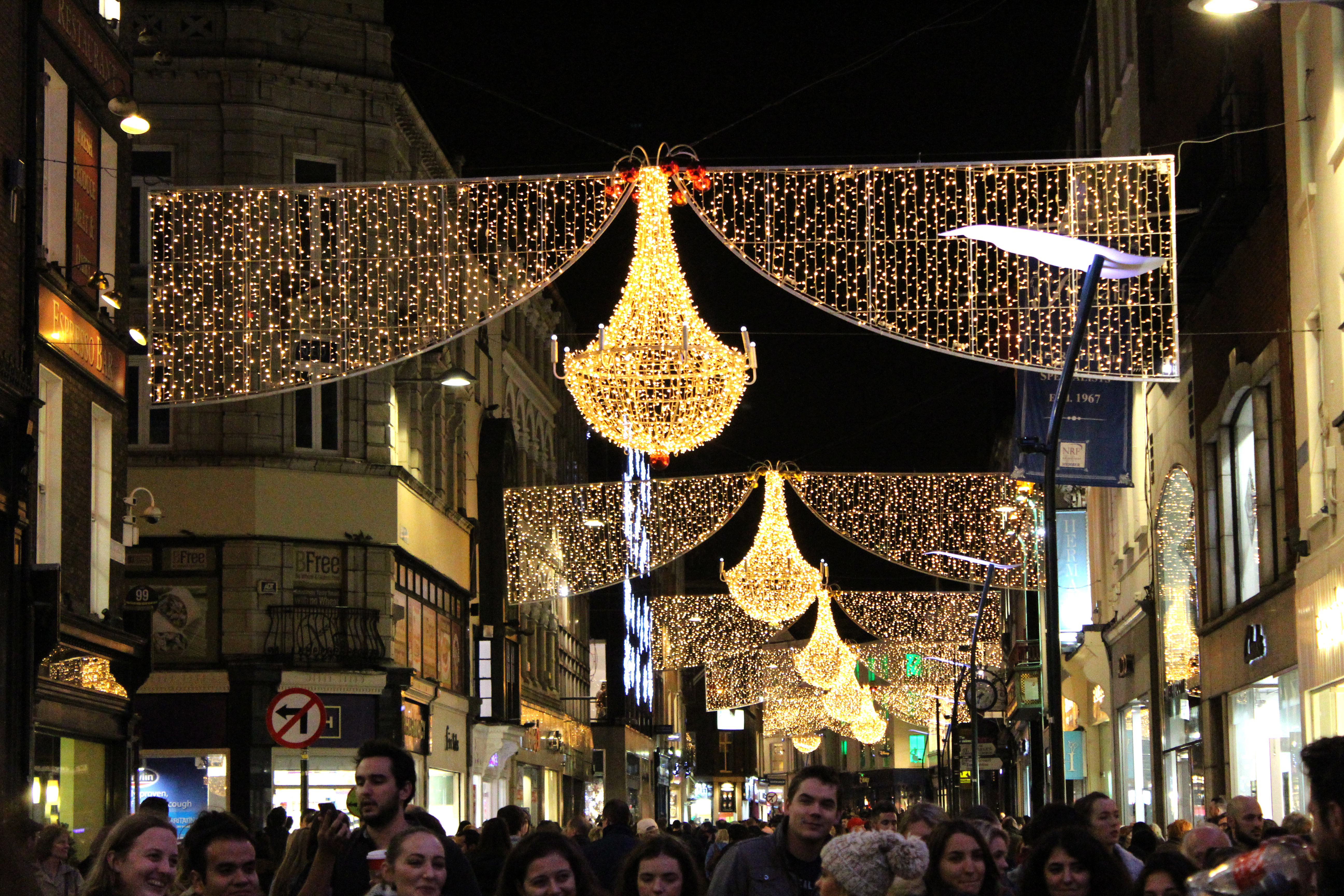 THE clouds parted for a few brief hours last Sunday as thousands gathered in the Grafton Quarter of Dublin to welcome the Christmas season. The first address was given by 98FM’s Adrian Kennedy, who led a minute of silence as a mark of solidarity with the victims of the Paris attacks on Friday night.

The ever-amazing Halleluia Gospel Choir then opened the festivities with a soulful ‘Have Yourself a Merry Little Christmas” and before long had the crowd singing along with a host of seasonal favourites. Other performers included the talented David Shannon and teenage performer Zena Donnell, who features in Ireland’s first ever Christmas feature film, A Christmas Star, now showing in cinemas nationwide.

Special guests to the stage included characters Little Red Riding Hood and Granny McGregor from this year’s Gaiety pantomime and of course, the big man himself, Santa Claus.

Just before the Christmas lights came on, The High Kings gave a pounding performance of The Rocky Road to Dublin, encouraged by the thousands of stomping feet.

*Photos by Orla Fitzmaurice at poppyvine.com 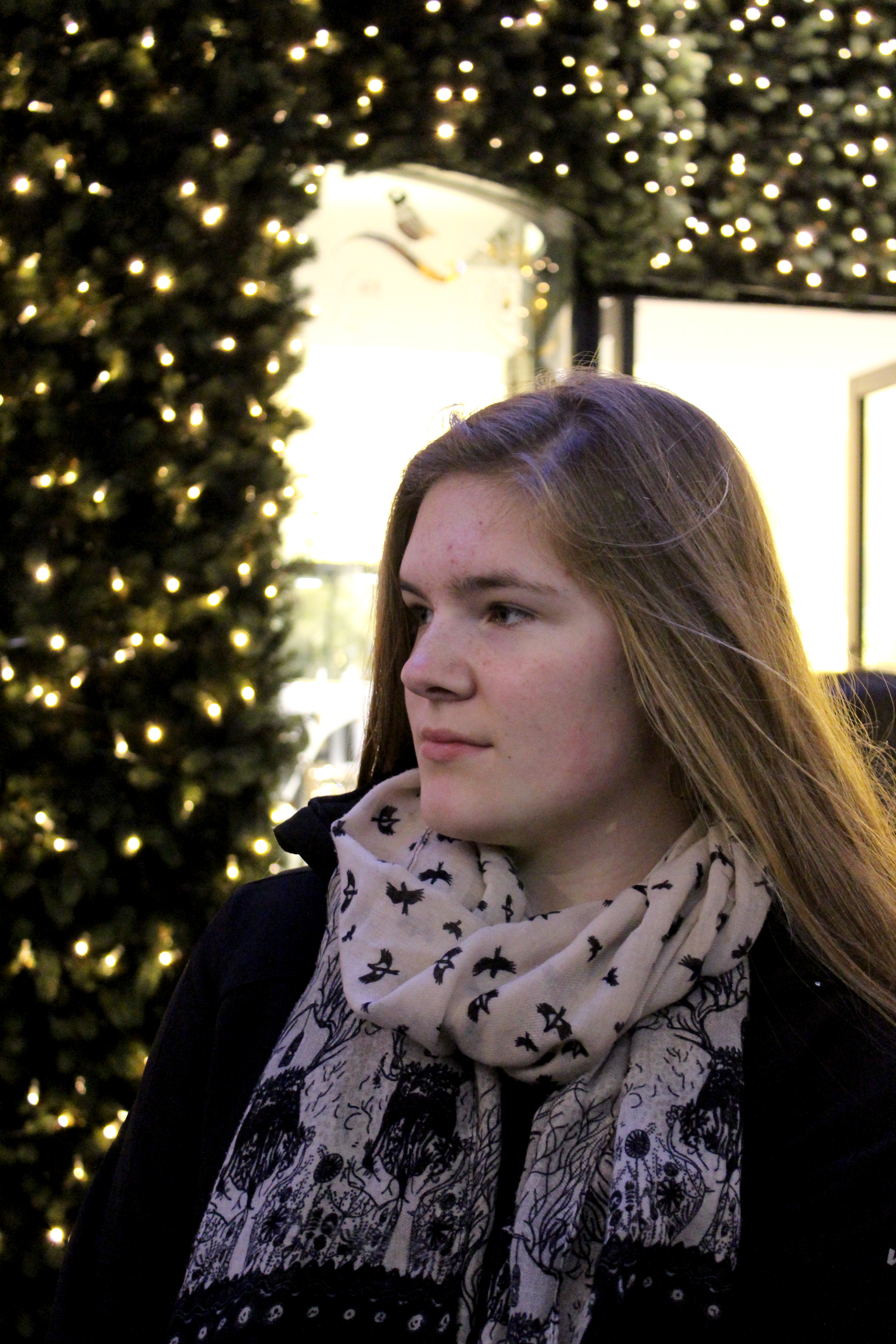 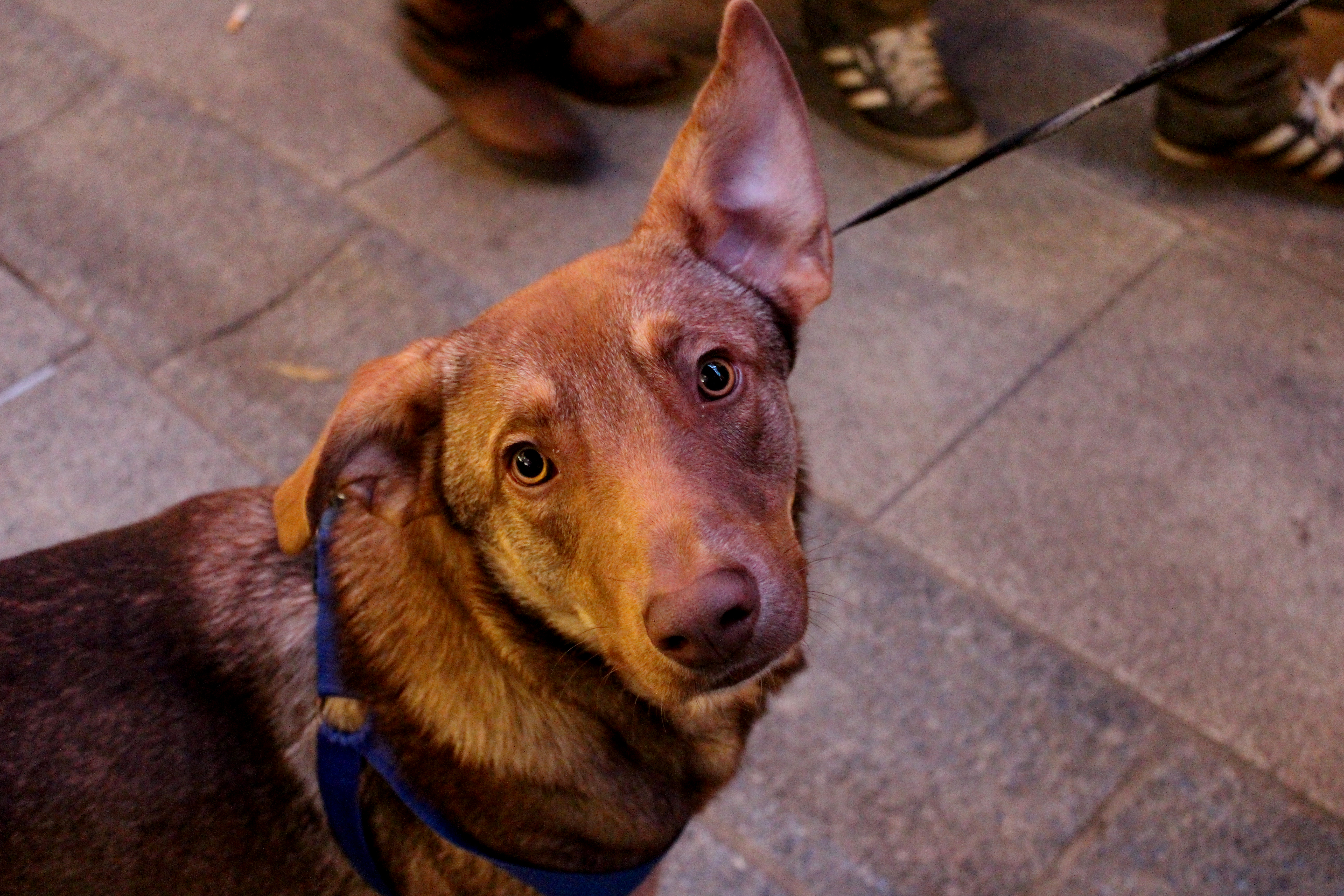