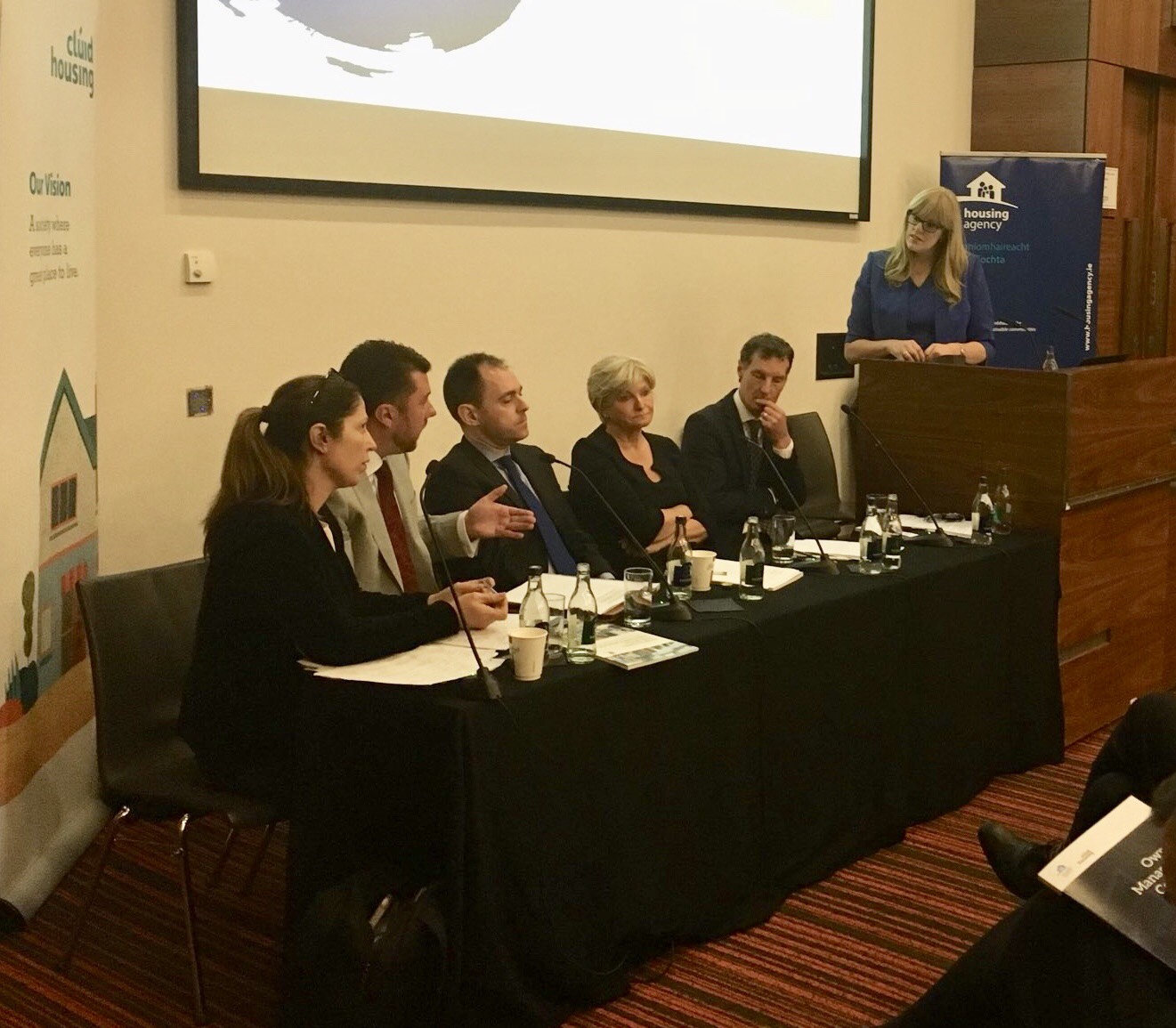 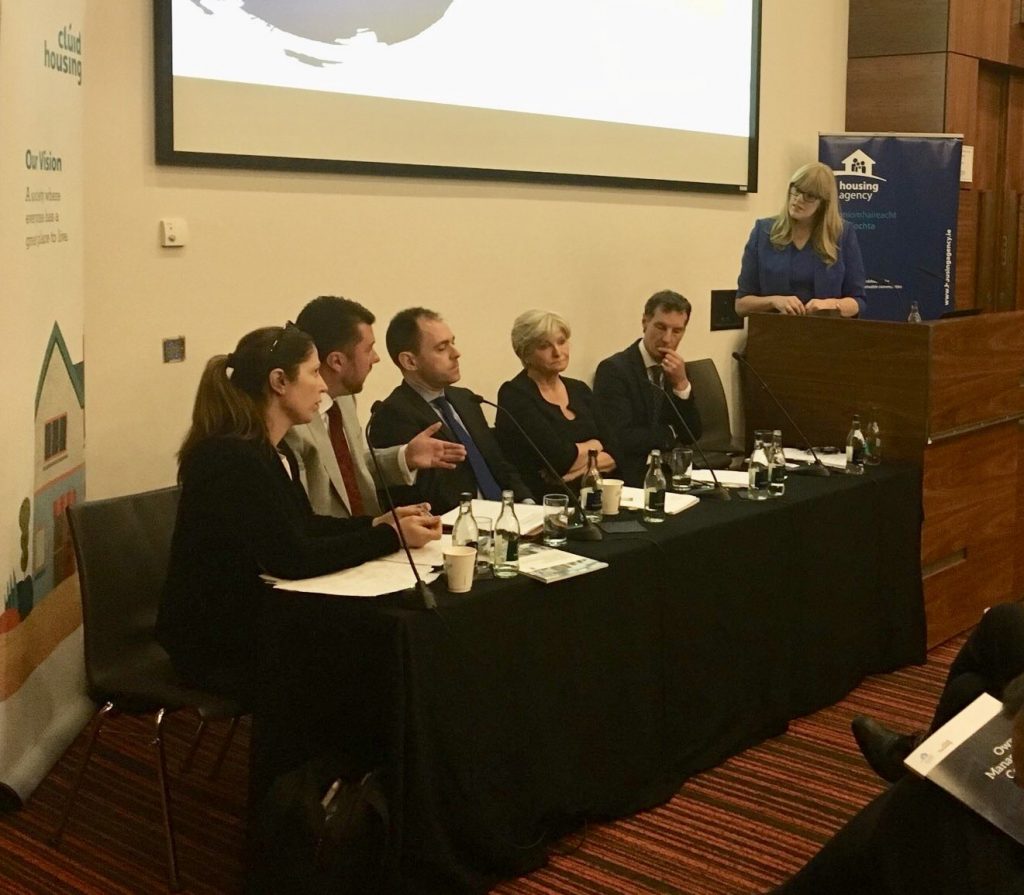 of apartments across the country are owner occupied and that only 7.3% of the Irish population live in apartments compared to the EU average of 41.8%. Almost 80% of apartments, in Ireland are rented with approxmiately 20% social and nearly 60% being rented privately. Latest figures from the 2016 Census show that there are 200,000 apartments in Ireland.

Clúid Housing and the Housing Agency

The report was commissioned by Clúid Housing and the Housing Agency, and researched and authored by Paul Mooney, to determine the performance of OMCs. The aim was to offer recommendations for altering current systems to establish a regulator for OMCs. The report shared some interesting findings and it is available in full here but here are some of the main points broken down.

According to the report, apartment living is continuing to be a standard feature of accommodation options going forward and managed estates will also feature heavily. Land use continues to be a focus, for planning and housing strategy along with housing delivery and sustainable living experiences. To deliver housing, in line with the Governments Project Ireland 2040 initiative, apartment building will need to be included in the ambitious plans. The report says, 90,000 extra apartments will be required in Dublin to meet population growth demand in the next 20 years. According to the CSO 2017, in 2016, the number of apartments overtook the number of houses for the first time and as the report states, Ronan Lyons, of Trinity College, Dublin, stated that Ireland will need almost 2 million apartments over the next half century (Lyons 2018). Furthermore, the report outlines how apartments play a good role in the housing systems but that they need to provide sustainable housing solutions for tenants or owners. Currently, 21.4% of Dublin’s residential stock is apartments (74,327 in the last Census).

The report examined the National Planning Framework and how they are expecting a population increase of 25% by 2040 (Government of Ireland 2018). To balance the jump in population, 50% of new housing needs to be provided. Dublin City must provide housing for 145,000 people by using land more effectively and developing on existing open areas and spaces. Current figures as reported, show that 6,603 apartments were built out of the overall housing supply of 53,578 homes (2011-2017) with approximately 12% being new housing stock to the market (CSO 2018).

The report sets out to illustrate the importance of OMCs and how they need to function well to create communities, good living conditions and to keep residents safe in their locality. With many OMCs functioning below standard, there is a knock on effect of sub-standard maintenance and therefore, additional costs and unpredictable expenditure. OMCs all face financial troubles and it easy to fall into arrears according to the findings. With the MUD Act, it has made huge progress in creating fair, proficient and management of bodies who take responsibility for the apartment shared areas. The report acknowledges how apartment living issues and challenges are not new, but that now is the time to address problems.

Ireland and other countries

In the report, Ireland is shown not be the only country in the world with these challenges. Many other countries face similar challenges in changeable cities and with rising population considerations. Finland was reported as having 34.2% of their population living in apartments or flats. The report noted that Finland is a country that is according to the UN World Happiness Report, the “happiest” country on the globe. Even more interesting is the housing model Finland exercise with social, private rented accommodation and owner-occupied reporting a good balance of living conditions. Currently, Finland has reduced their homeslessness figures, thanks to Housing First, and 13% of people live in social housing compared to Ireland’s figure of just 8.7%.

Looking across the water, the UK currently has 14.3% of their population living in flats and apartments. The report notes the tragedy in Grenfell and how building standards have been focused on with all new homes regulated better. It is reported how the UK market is mixed with ownership and equity for long leaseholders. New apartment developments have adopted the OMC model too. The report also looks at Canada and Australia’s current models of housing and what is or isn’t working.

The research collection ran into difficulties with there not being a way to tell how many OMCs there are in the country or conflicting reports about the accurate number of apartments in Ireland. There is a lack of data on how many OMCs there are and how they work. The report outlined its difficulties in overcoming such challenges and how it gathered information to finally achieve more information and data. The report says that the OMC structure has been in place since the early 1970s. Originally, apartments were sold to those who were downsizing or single owners as well as landlords. The 1980s saw more people invest in apartments to get a property ‘under one’s belt.’ OMCs had risen by the mid 2000s but the report says it is hard to evaluate the size of the sector as information and data hasn’t been collected previously or effectively. The report went into great detail on the difficulties OMCs face and their financial breakdowns. Key findings here were that there is a significant debtor issue within the OMC sector.

The report also acknowledges (as with the UK) the problems with building standards and how during the ‘Celtic Tiger’ boom to bust, led to many defects being left as developers didn’t complete work and standards were dropped. To correct and identify the defects, bankrupt developers had the receivers and OMC appointed over the assets. The reports states that things are more diligent and surveyors must inspect areas around apartments too. More defects are showing up in older buildings too as they have not complied with modern building regulations.

For its part, the report shows how research was completed and how interviews with stakeholders were instigated to evaluate the current landscape and ask targeted questions. It was this research that highlighted some shared agreement and opinion – many agreed that Ireland needs to develop more apartments. Apartments were regarded as a good way to use land efficiently and provide sustainable living and offer suitability to Ireland’s changing demographic. It was acknowledged how developments and their success would involve higher density however, over 30% of attendees at the AON focus group do not believe that living in an apartment is a good housing model. The basis of these findings, as reported are that there needs to more a more quality of life and better design for apartments to be sustainable. Changing the way people think about apartments was another note, with construction defects or living experiences questioned. Those questioned, relayed that transparency was required, improved living conditions and cost controls too, not forgetting that owners of apartments had gone through troubled times and therefore, ownership had a bad reputation for its grievances. The report shared that over €140m (NAMA controlled estates and apartments) had been spent on works according to NAMA 2018.

The report investigated the problems OMCs face and some of the major issues are managing cash flow and having good working relationships. Service charges are generally not met with encouragement and slow payment leads to under funded OMCs and this filters through the system. With the MUD Act, it works to make service charges more transparent and is discussed at general meetings. The problem is, according to the report, only 56% of those present said they properly understood the relationship between management agents and OMCs. The research undertaken showed that OMCs operation techniques are under scrutiny and with the right type of positive intervention that it could alter apartments reputation and strengthen the housing solution option.

Overall the report requested that the Government establish a regulator for OMCs on a statutory basis and some of the functions were (as stated in the report):

The full summary of recommendations can be found here: https://www.housingagency.ie/publications/owners-management-companies-sustainable-apartment-living-ireland

Finally, the report suggested that as well as establishing a regulator that the MUD Act be amended. There are 18 points including some of these below:

For the full report and findings you can access the document here: https://www.housingagency.ie/publications/owners-management-companies-sustainable-apartment-living-ireland 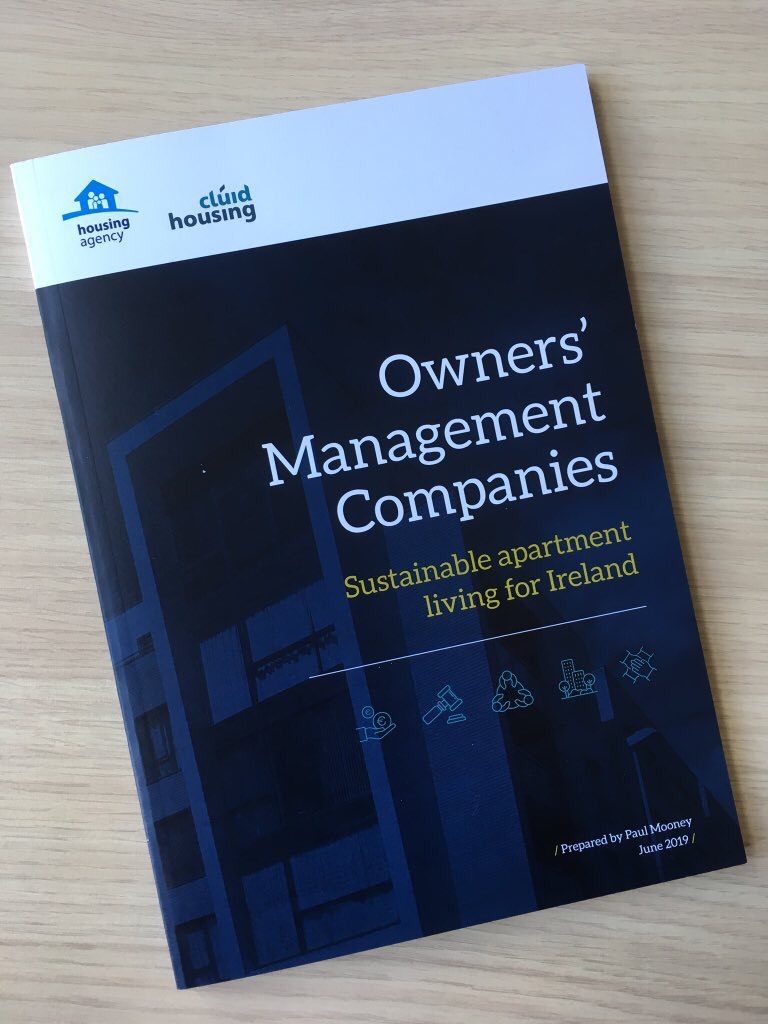