NewsMapping Opportunities for Property Investors in a Changed Spain 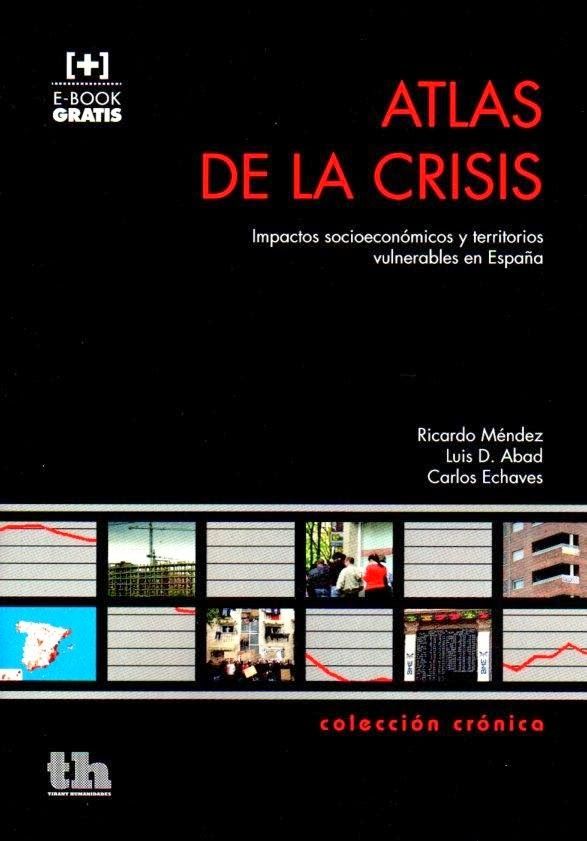 A recently published book ‘Atlas de la Crisis’ [Atlas of the Crisis] by Ricardo Méndez of the CSIC analyzes the socioeconomic impact of six consecutive years of crisis and severe austerity policies on Spain from the years 2007 to 2013.

The changes in Spain over the past seven to eight years have shaken the country, not just in terms of the economy and the property market, but also in terms of the political landscape and society in general. Interestingly, this book identifies and compares the most resilient and the most vulnerable territories across Spain, using a base of fifteen indicators (or eight indicators for cities with more than 20,000 inhabitants). The effects of the crisis have not been felt equally across the nation’s regions. Of course, the severity of the crisis was unequal nationwide and the recovery is shaping up to be patchy at best, concentrating on the coast areas and cities.

The book details growth models that have proved unsustainable in the long term and proposes measures for public institutions, businesses and residents boost the resilience of the most vulnerable areas. This includes cities located on the Mediterranean coastline, which fared much worse due to an excessive reliance on the property boom and seasonal low-skilled service jobs.

The map of the crisis above, shows Murcia, Almería, Alicante, Castellón and Valencia are among the worst hit areas in Spain. Five towns in Murcia and one in Almería figure in the list of the 10 worst hit cities – Águilas, San Javier, Torre Pacheco, Yecla and San Pedro in Murcia, and Roquetas de Mar in Almería province. Six Costa towns popular with UK tourists – Jávea, Calpe, Orihuela, Dénia, Novelda and Torrevieja – are among the 50 most affected places.

There were 3.5 million workers registered as unemployed between 2007 and 2013, but in some localities the sheer numbers of newly unemployed were far greater than others. For example, Castellón recorded six times more unemployed than A Coruña, and Córdoba registered 10 times less unemployment than Murcia.
Map of the least vulnerable territories

Surprisingly, the impact of the crisis was relatively moderate in inland provinces like Lugo, Ourense, Badajoz and Zamora. The reason given for this is the provinces’ comparatively lower reliance on the property building, boom/bust cycle. Having been excluded from the boom, these provinces avoided the crash in part at least. The list of the least vulnerable areas contains many cities in the Basque region. Why? The explanation given is as follows: “These cities pushed for a diversified economy … maintained a renewed industry and certain export capacity basis for locating advanced business services that promote innovation and generate better jobs”.

Seven years on from the market implosion, residential prices are, on average, 45% of their peak prices. The reality is that domestic buyers are simply not in a position to take advantage of the current opportunities. This opens the investor market up for vulture funds and overseas buyers. Pension funds have been buying up stock stick 2011/2012 but private investors and the holiday home buyers – typically from the UK – have been slow to return to Spain. For those who re-entered the market over the past 18 months, stock availability remain high and while asking prices are deceptively high, actual achieved deal prices are significantly lower. The volume of repossessions/foreclosures has quadruped in the last six years.

Commercial property in the larger cities, in particular Barcelona and Madrid, are rising as foreign investment companies, typically from the Middle East, China and Russia, acquire larger holdings directly through SAREB, the country’s so-called ‘bad bank.
For further information on purchasing in Spain, see www.BuyerBrokerInternational.com or email Info@BuyersBrokerInternational.com