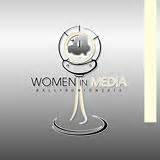 The third Women in Media conference is this year inviting men to discuss the common challenges and issues that they both face working in the media and dealing with journalists.

Former Tánaiste and Progressive Democrats leader Mary Harney will open the weekend conference on Saturday April 18th and she will be among the main speakers along with former Tánaiste and Labour leader Dick Spring.

The first winner of the Mary Cummins Award for Women of Outstanding Achievement in the Media was RTE’s Miriam O’Callaghan and last year former Irish Times Editor, Geraldine Kennedy, won the award. Ms Kennedy, will present the award to this year’s winner at a gala dinner in Kilcooly’s Country House on the Saturday night.
Event organiser, Joan O’ Connor said one of the aims of this year’s conference is to broaden the debate about women in the media and provide a forum for men and women to discuss the challenges and issues that they both face dealing with, and working in the media.

“The Women in Media conference is the only event of its type in Ireland and I am delighted that we are back with another really inspiring line-up of speakers,” Ms O’Connor said.

“We aim to get both women and men alike discussing the issues of working in male-dominated industries, as well as celebrating those women who are an inspiration to us all,” she added.

On Saturday April 18th, the opening broadcasting symposium on The Most Influential Women in Broadcasting Today will be chaired by RTE’s Prime Time Political Correspondent Katie Hannon.

Former Tánaiste and Foreign Affairs Minister Dick Spring and journalist and academic Dr. Tom Clonan will be part of the political panel that will discuss Working in the Media and Politics – are Women Treated Differently?

They will be joined in the panel by former Tánaiste and Progressive Democrats leader Mary Harney and veteran journalist and broadcaster, Olivia O’Leary. This forum will be chaired Head of Journalism at the University of Limerick, Mary Dundon.

On Sunday April 19th, Irish Times On-line Editor David Labanyi will chair the Online Media Symposium and this will be of great interest anyone interested in the fast changing pace of multi-media communications – including all media and journalism students.

The conference will also feature Irish Times journalist Roisin Ingle and Natasha Fennell, co-authors of the book, The Daughterhood, as well as broadcaster and publisher, Norah Casey, who will discuss her latest book, The Power of You, on Saturday afternoon.
For more information about the 2015 Women in Media programme and to register for the events go to: www.womeninmedia.ie or call (068) 27112.