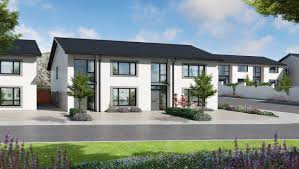 (AKA: The weekend after the week before, a national economic hangover…)

As expected, the broadsheets are packed with budget analysis and post-mortems. Some of the main criticisms are that the numbers simply don’t add up and that there is an over reliance on potential tax take from new initiatives such as the trebling of stamp duty on commercial property deals  and other non-property related initiatives.

One example of this is the forecast yield of €376 million from the stamp duty bump. This is based on the Department of Finance assuming a €9.4 billion trade of commercial property for 2018,  however, Savills Ireland has forecast activity in the sector is likely to be just a quarter of that in reality.

The front page of the Sunday Business Post today carries the headline ‘Taxman on the prowl as developers eye stamp duty loophole’.

While stamp duty for the commercial property sector had been expected to rise, having been reduced from 9% in the early days of the crash,  it certainly had not been expected to treble with immediate effect. Gavin Daly writes about an Irish property group chief who received a call from a fund manager in London in the early hours of Wednesday morning looking for an explanation for this unexpectedly aggressive move.

Johnny Ronan is quoted as referring to the stamp duty hike as an “unwelcome and unwise” decision.

Hugh O’Connell writing in the Sunday Business Post today sums it up as follows “Murphy’s social housing version looks no different from Coveney’s: He likes rolling up his sleeves in public and making announcements to the media, but Eoghan Murphy is no closer to solving the housing crisis than his predecessor was”.

My own analysis for the delivery of new homes for the Irish Daily Mail can be found here: New-look Nama Tasked with Delivering Housing

Grainne Rothery  has an interesting piece this week titled ‘Alternative lenders get in on the real state scene: With pillar banks unable and willing to offer debt finance, new kids on the block are filling the vacuum’, referring to the increase in the number of alternative development lenders entering the Irish market in recent years.  British real estate investment manager PMM group opened their Dublin office in recent weeks, announcing plans to provide more than €500 million of commercial property loans over the next three years. Other new lenders include Timbercreek, Bolt Capital, Origin Capital, Fairfield Real Estate Finance and Relm finance.  Of  course, this does not include the three property crowd-funding platforms  that have launched or are at pre-launch stage in Ireland right now, aiming to provide crow- sourced property development finance in Ireland.

Last week I mentioned that buyers are already trying to purchase Irish property with bitcoin and the role that blockchain will play in achieving this – which is leading to a number of questions re: citizenship restrictions and anti-money laundering compliance issues.  In any event, we have come across an Irish estate agency that allows sellers/clients to pay fees and marketing expenses via bitcoin and the first two property transactions using blockchain globally have taken place – I will be writing about this more over at http://www.prop-tech.ie/.

Also, thank you to the developers, builders and estate agents who have already contacted me about mentoring #proptech start-ups, I will confirm early start introductions over the next month.

We have no more free mentoring sessions for #proptech start-ups  this month but the list for November and December is now open – after Christmas we will have dates in January, February and March before this CSR initiative ends, email  news@prop-tech.ie for details.

Oak Tree Press is launching the new ebook series for the Irish property market this week, here is a sneak preview before the official launch:   http://www.successstore.com/property-insiders-guides.html