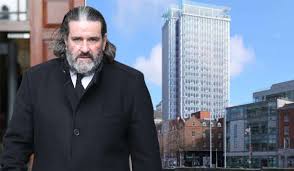 Before I get stuck into the latest property news, just a quick note to congratulate the Construction Industry Federation (CIF) and their members on the most visible Safety Week to date.

In particular, well done to Collen Construction on their fantastic video series with Baz and his mammy!  If you haven’t seen the videos yet, you can take a look here: http://ow.ly/3DQS30g7T1t  #CIFsafety17

If you only have time for one broadsheet today, I recommend for property-related news that you pick up the Sunday Independent. It has the most comprehensive coverage of the big stories and some interesting construction articles, including an in-depth feature on the Designer Group.

The story I, personally, have been waiting to hear for the last number of years appears on the front page (and continues on page 11) of the Sunday Business Post today that is ‘State to launch housing charity value-for-money investigation’ in the New Year.    This comes after a “blistering attack“ on homeless charities this weekend by Conor Skehan, departing chairman of the government backed housing agency.   It is not a  popular position to hold, however, there are simply too many  inept, non-professionals employed  across a range of ‘sort of’  housing charities,  which effectively turns this issue into an industry. One cynical way to look at this, is that the motivation is more to manage the crisis than to solve it.  Regular readers can expect to hear more of this over the next few months and as we approach the New Year.

Political correspondent  for the Sunday Independent, Philip Ryan, is coming under fire from the Standards in Public Office Commission  (Sipo)  to produce “personal information“ ahead of a hearing into alleged planning irregularities.  Mr Ryan has been requested to produce information, however, this request has been rejected by his legal team on the basis of the journalist’s right to protect sources. He was also instructed to attend an investigation hearing into the planning claim last week, and it is understood that hearings will resume in private on December 1.  The investigation relates to planning activities in Mayo County Council. Chief executive Peter Hynes, FH councillor Cyril Burke and Independent councillor Frank Durcan  are being investigated for an alleged breach of strict rules around planning decisions made by  local authorities.  More to follow in December.

It would not be our regular Sunday Property Round-up without contribution or commentary on Johnny Ronan’s Tara Tower. Liam Collins, writing in the Sunday Independent today, has a piece with the headline Johnny Ronan is Tara tower will cast a long shadow over the future of the city are planning to a wrecked a 22 story building in a derelict site at Tara Street could for ever change the Dublin skyline forever.’ Johnny Ronan’s battle  with Dublin City Council has been going on, arguably, for as long as he has been developing in Dublin. In fact, this particular battle raises the question whether the same proposal, if presented by one of our ‘good boy’ developers, would be more palatable to DCC?  What is confusing to people outside of the planning sphere, is that the local area plan has provided for this area to be regenerated and has stipulated that a landmark building of up to 22 stories in height would be appropriate here.  DCC Appear to take the approach that this height and scale is not acceptable. In fact, deputy city planner Mary Conway maintained  that “just because you could build a 22-storey structure didn’t mean you had to”.

The proposal put forward for the so-called Tara Tower is for an 80m structure which, if built, would be the tallest in the city, incorporating the train station, a new hotel and a 17-storey glass and stone tower topped off with a double height panorama restaurant.   This would be a significant addition to the area which is at present largely derelict. The writer suggests that “Dublin is still navel-gazing about going up, rather than out“. Again, this begs the question about  whether the controversy is surrounding the proposal or the proposer. Johnny Ronan, is described in this article as “probably the developer who came to epitomise the Celtic Tiger“  quoting that he has “genuine aspirations to leave behind a legacy of iconic buildings in Dublin, like the Convention Centre, which he developed“.   We expect to know more by mid-November.

M&E Contracting firm the Designer Group has bought a US energy consultancy business as part of its plans for rapid global expansion   To more than double group turnover from €160 million this year to €350 million by 2020.  There is a business interview with the group CEO, Michael Stone, on page 6 of the business section of the Sunday Independent today.  Giving his business lessons he makes the point that “young people nowadays are well educated and want quality employment. They are not just interested in money but also the social perspective.. All of these things are far more important to the generation behind me then to my own generation. It is very positive but our industry needs to realise that“.   Also, when asked has the construction sector become a better place to work, he replies as follows “a shake up is still required. For example, we need to attract women into the industry. It’s disgraceful. There are very few women working in the industry. It is a daunting  industry for women to work in but they bring an attention to quality and detail that is often better than in men. We want to bring more women into our business because it creates a much better dynamic. But there is not enough effort being made overall”.

Colm McCarthy, writing in the Sunday Independent today,  urges ‘Let’s stop spending too much money on vanity projects we don’t need: There’s welcome news of a return to capital spending – but we need to ditch the feast or famine approach’. Referring to the 3% rise in spending across all government programs on foot  of budget 2018, he noted that capital spending next year will increase by 17%,  with substantial increases thereafter.

He writes “It would be nice to think a measured increase in spending on well chosen priorities can – for once – replace the traditional splurge on politically expedient projects, followed by the shuddering halt when the money runs out”. Discussing the issue of spending balance between Dublin and the rest of the country, the writer points out the reality which is different to the political rhetoric, that is to say, the population in Dublin city and county has barely changed over the past half-century whereas the population in neighbouring county Kildare has increased 400% over the same period.  He suggests “one way to avoid overheating and a new construction bubble is to exclude low priority schemes, in Dublin or anywhere else, from the new capital plan“.

I mentioned last week that Bitcoin had surged to a record high of more than $6,000, representing gains of over 500% this year.  Proving credibility is one thing, but proving usefulness is another so here is the big news from the US this week:  ‘Permissionless Real Estate Title Transfers on the Bitcoin Blockchain in the USA! — Cook County Blockchain Pilot Program Report’  This is significant news for conveyancing and property transfers internationally .

We have no more free mentoring sessions for #proptech start-ups  this month but the list for November and December is now open – after Christmas we will have dates in January, February and March before this CSR initiative ends, email  news@prop-tech.ie for details.