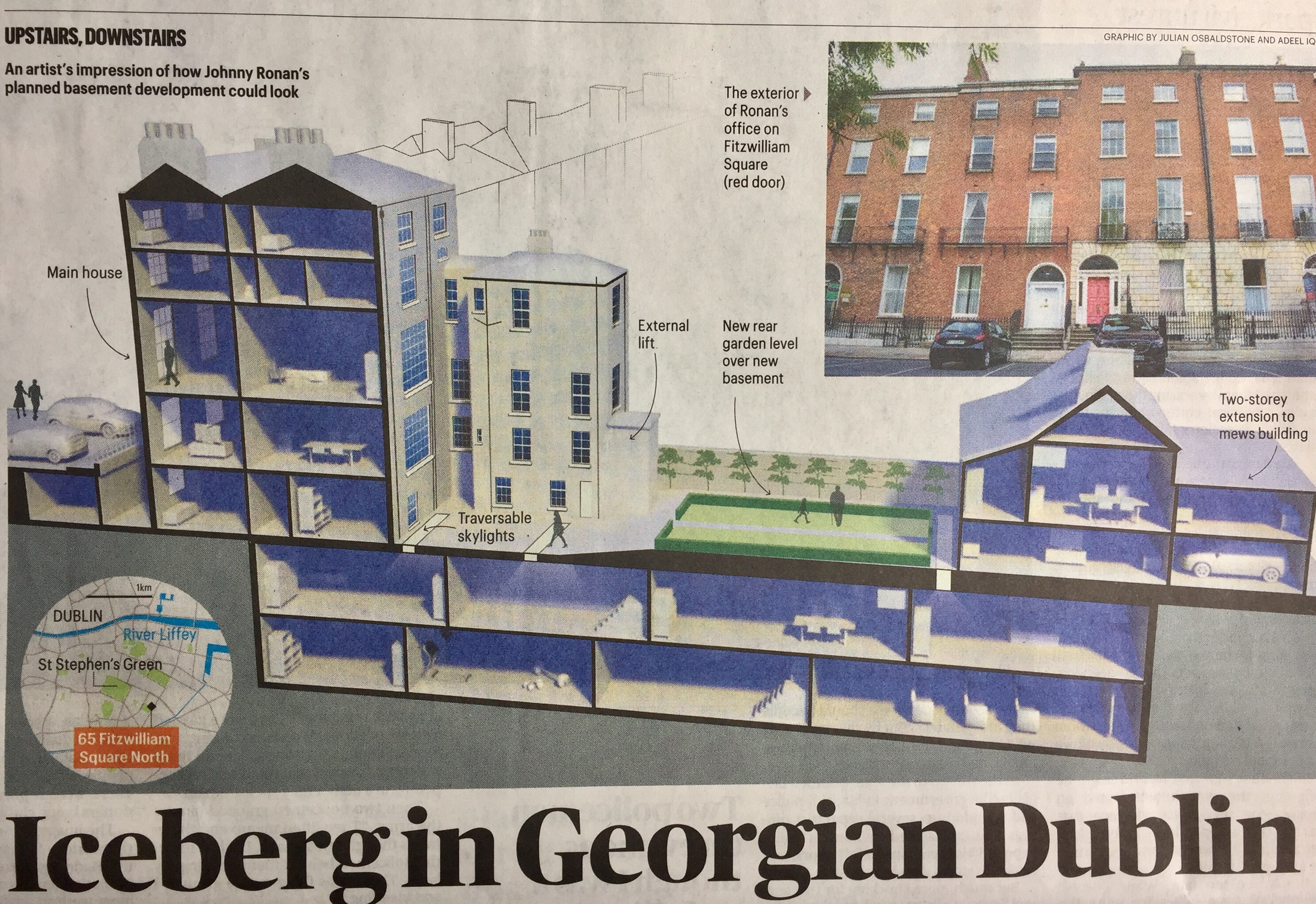 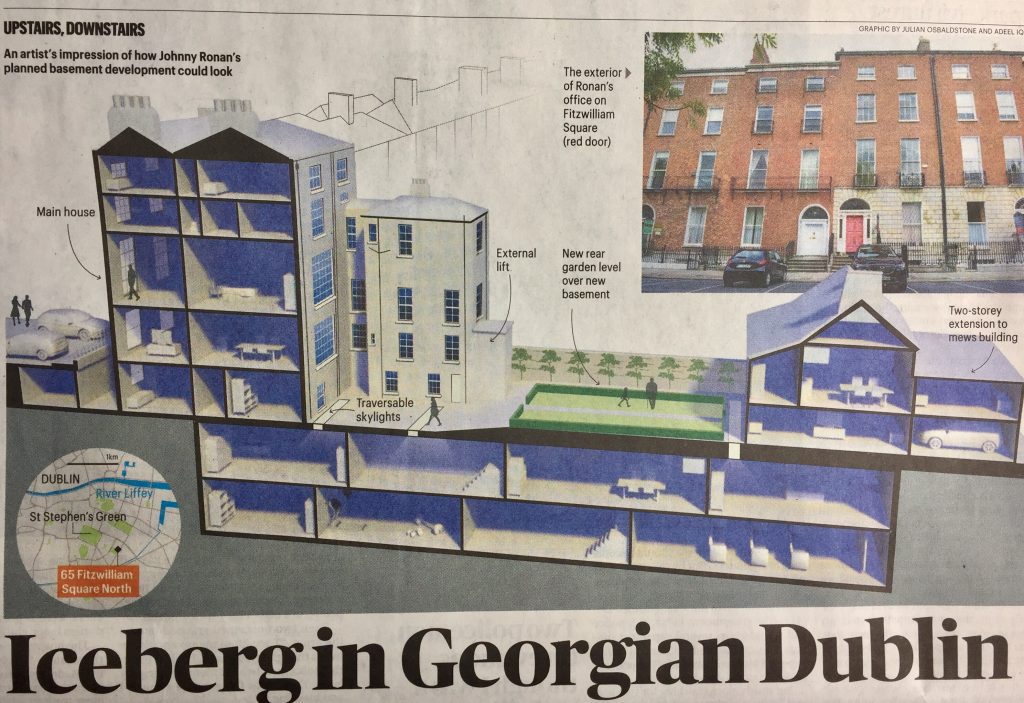 We have a quick round-up today as most of the commentary this week is speculation!  The big pre-budget story in all the broadsheets today is how Paschal Donohoe the finance minister will target large property owners in Tuesday’s budget.

The current 2% stamp duty rate on commercial property transactions is set to increase by up to 4 points  “in an effort to steer construction capacity away from commercial development and into private housing “.

This is deemed necessary by political sources to finance what is expected to be at €3 billion capital investment in housing, roads and schools over the next four years.

The minister is expected to reveal a plan to sell up to €5 billion worth of state investments  currently held by the Ireland Strategic Investment Fund (ISIF) in order to provide finance for private sector housing developers.

The Sunday Times carries an image, or artists impression, of how Johnny Ronan’s planned basement development might look.

In many areas where high density is needed but skyscrapers have already been rejected by Dublin city council planners,  building basement developments might just be the solution the city centre needs. Other cities including London have seen a huge rise in basement developments despite local objections and concerns.   Building down is never a cheap solution rather it is an exceptionally expensive way to unlock already prime property values.

Noting a frustrating year for local developers, Eithne Dunne writes that there is ” Nothing to broadcast for Dublin’s developers: apart from RTE’s  Blockbuster sale of part about the campus lack of sites means little action worth watching this year.”

Sites recently sold include the Palmyra collection of 20 houses on the 400 m² site in Galway which sold for €4 million, four acres in Malahide sold for excess of €2.25 million and 21.7 acres at Gormanstown Village, County Meath, which sold for €775,000.

The Construction Industry Federation is holding its Annual Conference on October 12th at Croke Park with An Taoiseach, the Housing Minister, international industry leaders and tech speakers on the future of the industry.  For bookings head to https://www.cifconference.ie/

Property Basecamp hosted a very successful proptech meet-up earlier this week, attracting industry professionals from property developers to tech developers and a few forward-thinking estate and letting agents!  Attendees benefits from great insights into the early days of Daft.ie;  including early rivalries, the competitive advantage of being small and agile, future of property portals etc.  Also, in chat afterwards we discovered that buyers are already trying to purchase Irish property with bitcoin – which led to more questions than answers re: citizenship restrictions and anti-money laundering compliance issues… We’ re currently researching this and would appreciate any legal/industry advice on this.  It was interesting to see property developers engage with tech developers and innovators directly  and, bluntly put, it showed the importance of estate agents up-skilling in order to stay relevant in the face of digitisation, automation and AI.

We are down to our FINAL free mentoring session for #proptech start-ups  this month and the list for November and December is now open – after Christmas we will have dates in January, February and March before this CSR initiative ends, email  news@prop-tech.ie for details.

Oak Tree Press is launching the new ebook series for the Irish property market this week, here is a sneak preview before the official launch:   http://www.successstore.com/property-insiders-guides.html