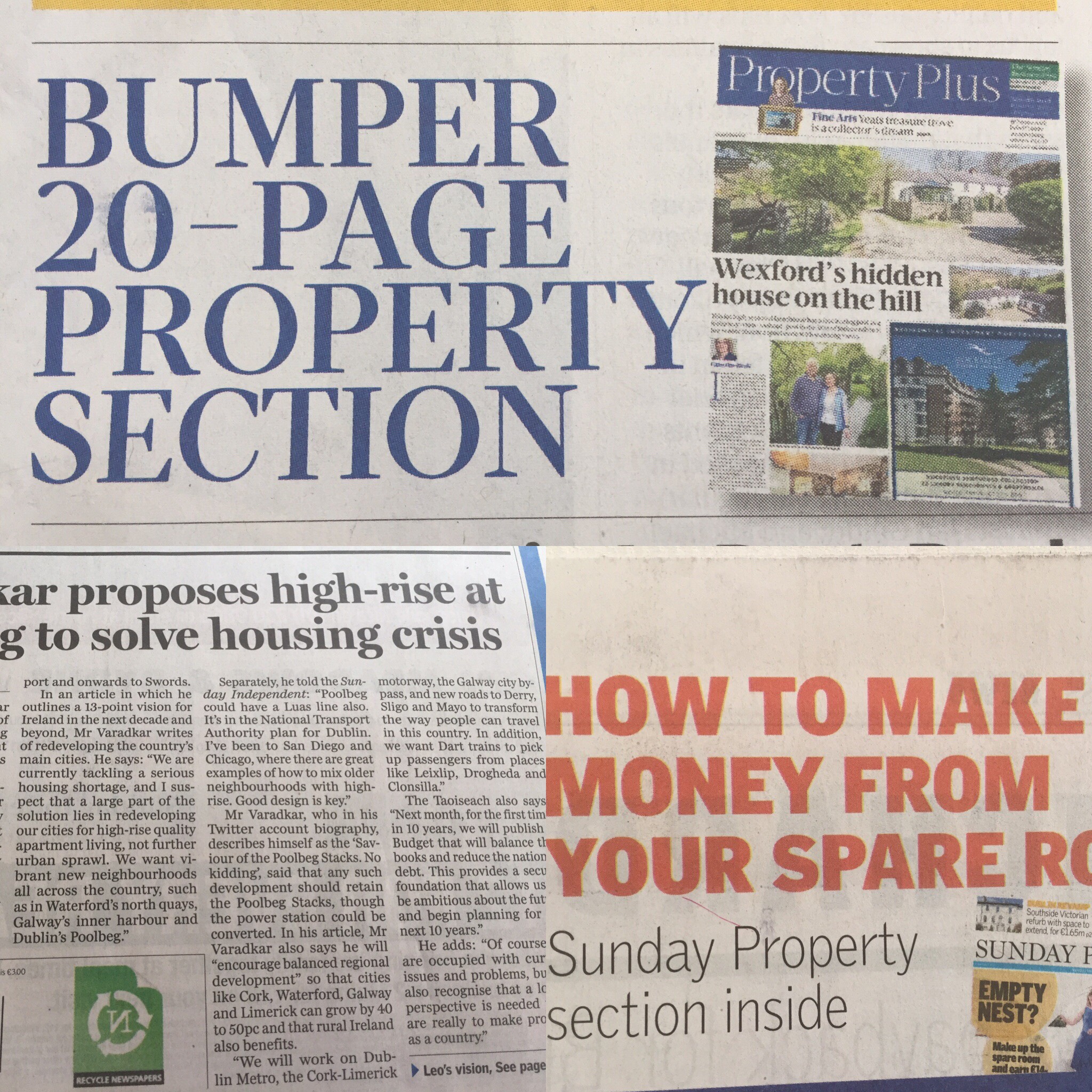 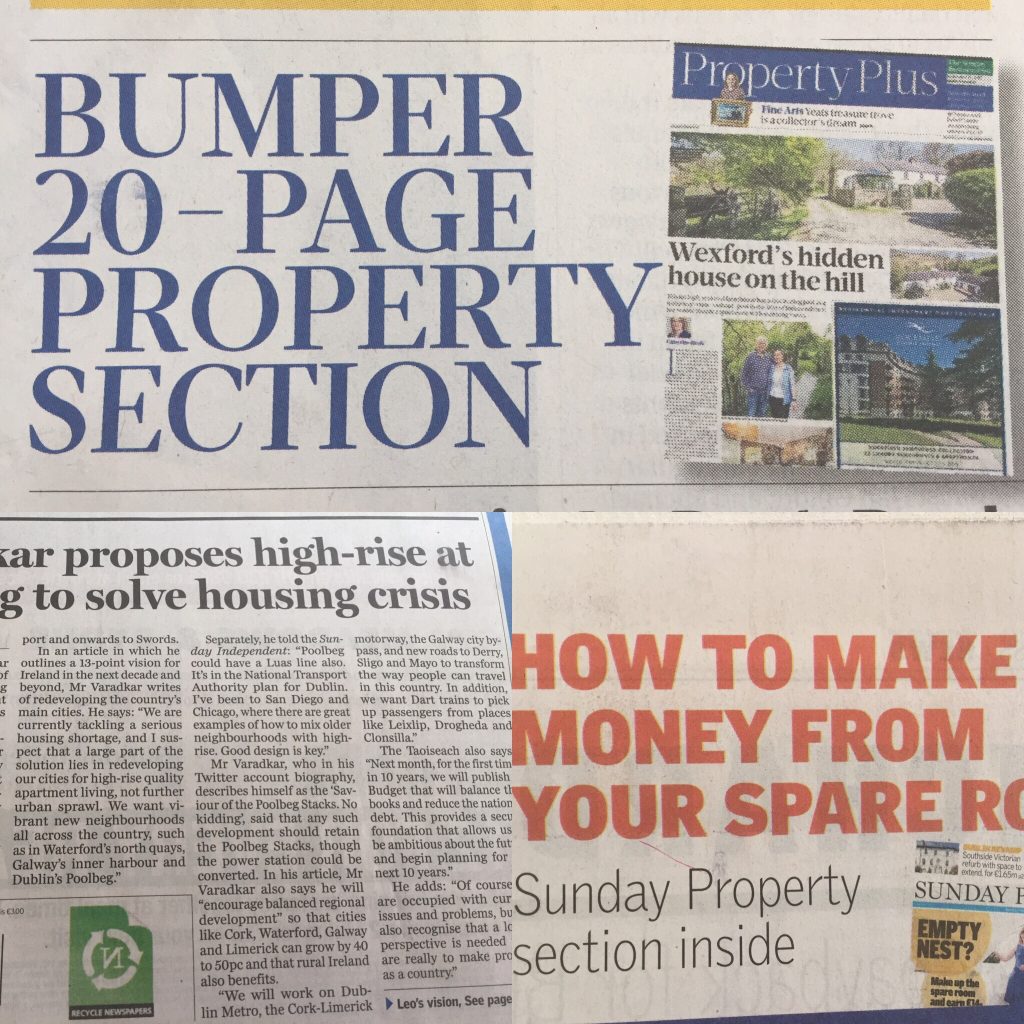 Here’s a quick round-up of the industry news you might have missed this week:

The front page carries the headline ‘Varadkar proposes high-rise at Poolbeg to solve housing crisis’ as opposed to urban sprawl, which is exactly what private planners and developers have been calling for.  The Taoiseach has also spoken in favour of an extension of Dublin Metro to run from St. Stephen’s Green to Dublin Airport and onwards to Swords.  These points are part of a 13-point plan/manifesto(?) contained in an article where he outlines his vision for Ireland into the next decade.  “We want vibrant new neighbourhoods all across the country, such as in Waterford’s north quays, Galway’s inner harbour and Dublin’s Poolbeg… Good design is key.”

Mr Varadkar goes on to talk about how he encourage balanced regional development to ensure that regional cities can grow by 40% to 50%, thereby benefiting rural Ireland.

On the front page today of the PostPlus section, editor Ian Kehoe has a feature on developer Gerry Barrett:  ‘The milliner’s playground, the former maths teacher and the €700 debt pile – The inside story of a developer, a vulture fund and a five-star hotel sited in a retail park’.  This is a good read for anyone interested in the human story behind the crisis headlines.  Ian starts by describing the G Hotel as “the perfect metaphor for Ireland’s cultural and economic passage.  A monument to  the blind, unfettered ambition of the boom, it emerged as a grandiose statement of wealth and nouveau-riche sensibilities.”  Ian reports that Deutsche Bank struck a deal with Nama to buy €785 million  of  Gerry Barrett’s debts for €97m and is now ready to collect.  This is probably the Sunday afternoon coffee read (for anyone not interested in former Minister Alan Shatter’s diary extract on page 9).

On page 13, Matt Cooper writes on housing with the cynical summation “There’s great money to be made in promising to build homes for people these days, even if you’re actually constructing very few of those houses or apartments as yet”.  The thinly veiled dig is at Cairn Homes – incidentally, one of the main advertisers in the property supplement this week – but one could argue that it is misdirected and perhaps the state is benefiting (via PR rather than money) for ongoing, unfulfilled promises to supply housing.

The Sunday Independent has a ’30 Under 30′ feature in the Business section this  week with some great entrepreneurs and some truly innovative new ventures.  Unfortunately there are  no proptech start-ups on this list – despite some heavy innovation happening here in Ireland as the next generation seek to digitise the planning, construction and property industries – so let’s get talking about this emerging sector and sharing our case studies and funding success stories.  Head over to http://www.prop-tech.ie, the national resource website for industry innovators, investors and mentors.

Finally, just a quick reminder that the Irish Property Buyers’ Handbook is being updated for 2018 and I would love to hear about any experiences in the market or new services, technology and trends for buyers.   As always, you are welcome to email me with any industry news and updates at Carol@CarolTallon.com.