THE original meaning of the word ‘survivor’ was ‘one who outlived another’. This evolved to refer to people who lived through events that might surely have killed them. In the modern age this now loosely means ‘one who copes well with adversities in life’. These three definitions are entirely different, one implies no choice, the second refers to luck or fate (depending upon your ‘God) and the third seems simply to be an attitude or state of mind. But by this last definition, we are all survivors. Is it not a fact that everyone suffers adversity at some point throughout their life?

I have always believed, and passed on to my daughter, that everyone has their own story. A personal narrative of the world and their place within it. Having a personal narrative of the world does, by default, put the person in the centre of their own world. This is not selfish or self-obsession, this is life. As the world is an imperfect place, hurt happens, does anyone escape that? I don’t believe so. Each one of us carries that hurt as baggage through life. For some people, the baggage is clearly visible. We are the people who wear our hurt as scars for the rest of the world to see. I like to think of us as leaders, allowing and perhaps even teaching others not to hid their hurt and perceived imperfections.

Every one of us has scars, some are physical, some are emotional, and some are so deeply ingrained on the psyche that we are not even aware of them until their effects manifest in the course of our lives.

In a twisted sort of way, people who wear their scars – those who do not have the option to hide them – have a head-start when it comes to dealing with hurt.

As a 11 week old baby, the solid-fuel cooker in our family home exploded and I was trapped under the hotplate that blew through the roof and fell back down, hiding me from rescuers on the scene. I know about scars, I live with them. It has not always been a peaceful co-existence.  And it is not the case that because of my physical scars I find myself looking for emotional scars in others, the reality is that the more you get to know a person, the more you understand that those hurts are there. What is important to realise is that hurt is not an objective standard, the same hurt will not impact everyone in the same way. For example, I knew a beautiful, professionally successful and happily married young mother whose mind tricked her into seeing facial features in the mirror that neither you nor I would see. These perceived negative features were all she saw and she accepted them as real. Not only that, she accepted them as deep personal failings. So it simply did not matter that I and the rest of the world saw physical beauty, wealth, success and marital happiness, her hidden scars meant that she carried this huge, unmanageable personal load around with her every day until she became exhausted by the effort.

Getting ill – seriously ill – as an adult can be a welcome relief to someone who has been carrying a heavy personal load since childhood that they could not share. After a lifetime to pretending to be ‘fine’, they have a problem or even better, a medical diagnosis that they can talk about it and yes, receive sympathy for. When you are sympathising with the person, you are helping to heal old injuries that they have never received sympathy for before. The new illness also allows them to drop the exhausting show of strength that they have likely maintained since childhood. For people who have struggled in this way, with such a devastating prognosis comes relief.

Wearing your scars means that you can live without the effort of hiding such an enormous trauma. This is not to say that life is any easier, in so many ways it can be unimaginably harder but you can strive for a level of self-acceptance, self-compassion and then compassion for others that would not be possible if you were hiding your true self – as so many people in this world are. And to be clear, the vast majority of us have experienced personal trauma and the extent of that trauma should not be compared among us.

We each have to survive within the worlds that we have built around us and we have adapted along the way to carry the load that we have. I could not carry yours any more than you could carry mine.

It also occurs to me that the age at which trauma occurs is an important factor. I recall once reading that a young tree, when damaged by a storm or even struck by an axe, has the ability to continue growing and, if necessary, will grow around the injury – it can even grow around part of the axe remaining in the truck of the tree. Similar damage caused to a mature, fully grown tree, would likely kill it or certainly kill the affected part. However, the young tree can mature into a healthy, albeit slightly damaged, tree and the injury, although not fully healed, becomes part of the make-up of the tree. I think that this is probably true for people too. What we cannot heal must be accepted, once accepted we can continue to grow. Rejection is fatal. In fact, a religious man told me this week that self-rejection is the only sin. Every part of me wants to believe this.

I guess what I am trying to say is that everyone has scars, either on the inside or on the outside. All demand compassion. Wearing your scars often means that you have no choice about whether or not to deal with them. But all hurts demand to be felt, the question is how long do you carry the heavy personal load in silence before saying ‘Enough’? 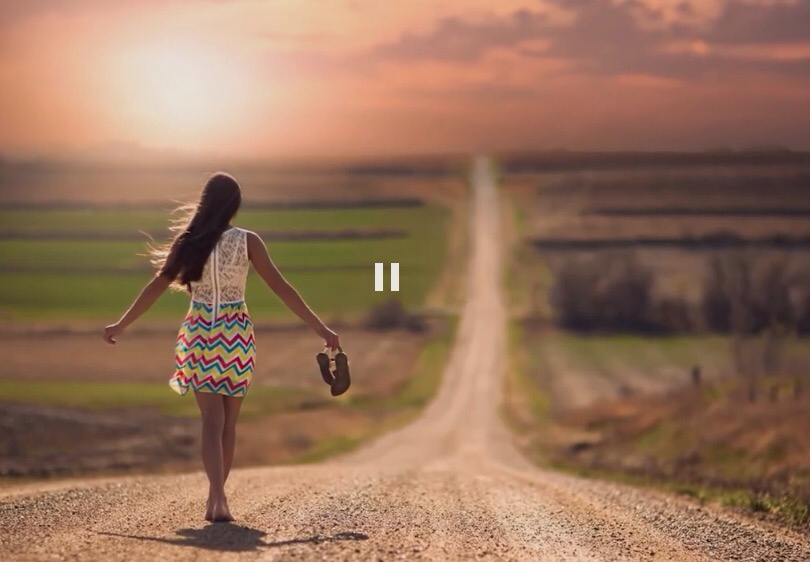