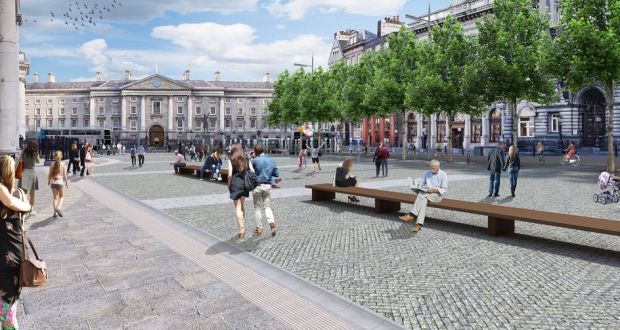 Below is a quick look back at the industry stories from the first week of 2018. For property-related news today, The Sunday Times newspaper is definitely unmissable  for its annual Property Price Guide.

Also,  Brenda Power has an interesting commentary piece today headed ‘Too much money and homelessness for a sensible solution to be chosen’.  This is a headline that is sure to make many people uncomfortable, however it is something that I mentioned here many times in 2017. The reality is that we, as a nation, have allowed homelessness to become a sector within our property industry and it is one that employs close to 1,000 people.  The main problem is that many of these people are employed to “manage“ rather than solve Ireland’s growing homelessness problem. Newly re-appointed head of the Housing Agency Connor Skehan is the only civil servant to speak out about this.   Unsurprisingly, there was an outpouring of indignant protest at his re-appointment last week by many of our housing charities (AHBs). It is worth noting that it is Conor Skehan who pushed for the establishment of approved housing bodies rather than dealing with the plethora of well-intentioned, though often misdirected, so-called charities – with highly paid executives –  that were involved until recently.  I see his reappointment as a strong signal of intent to actually put forward solutions to end homelessness in Ireland rather than simply expand the resources being used to manage it and this can only be a good thing for Ireland.   I was involved in a rather controversial panel discussion on Newstalk FM about this last month and you can link to listen back here.

As always, please do let me know if I have missed out on any interesting property news by emailing  carol@caroltallon.com.

As your Sunday read, I recommend sitting down with coffee and the Property Price Guide 2018 (in The Sunday Times today).  The statistics for each type of property in each county in the Republic of Ireland are broken down in this guide  so it is an important and timely read for all property professionals heading back to work tomorrow.  The following highlights are just a few of the insights from around the country:

Columnist Lorcan Sirr has an article on page 17 of this guide where he  refutes new homes statistics “For number-crunchers such as myself, This year exposed to the Department of Housing’s inability or unwillingness to measure accurately house-building, and its penchant for manipulating, obfuscating and misrepresenting housing output”.

One of the lighter pieces in the guide comes from Annie Sellers entitled ‘Gross Encounters:  when you’re showing clients around the home, it’s as well to be prepared for the unexpected‘. It includes anecdotes from agents about some of the experiences they have had while showing prospective buyers around homes. After almost a decade of house-hunting with  and for buyers I can attest that strange things do happen..!

On a personal note, thank you all for your continued support and best wishes for a successful New Year!