NewsWhy So Stupid? How The Human Race Has Never Really Learned to Think 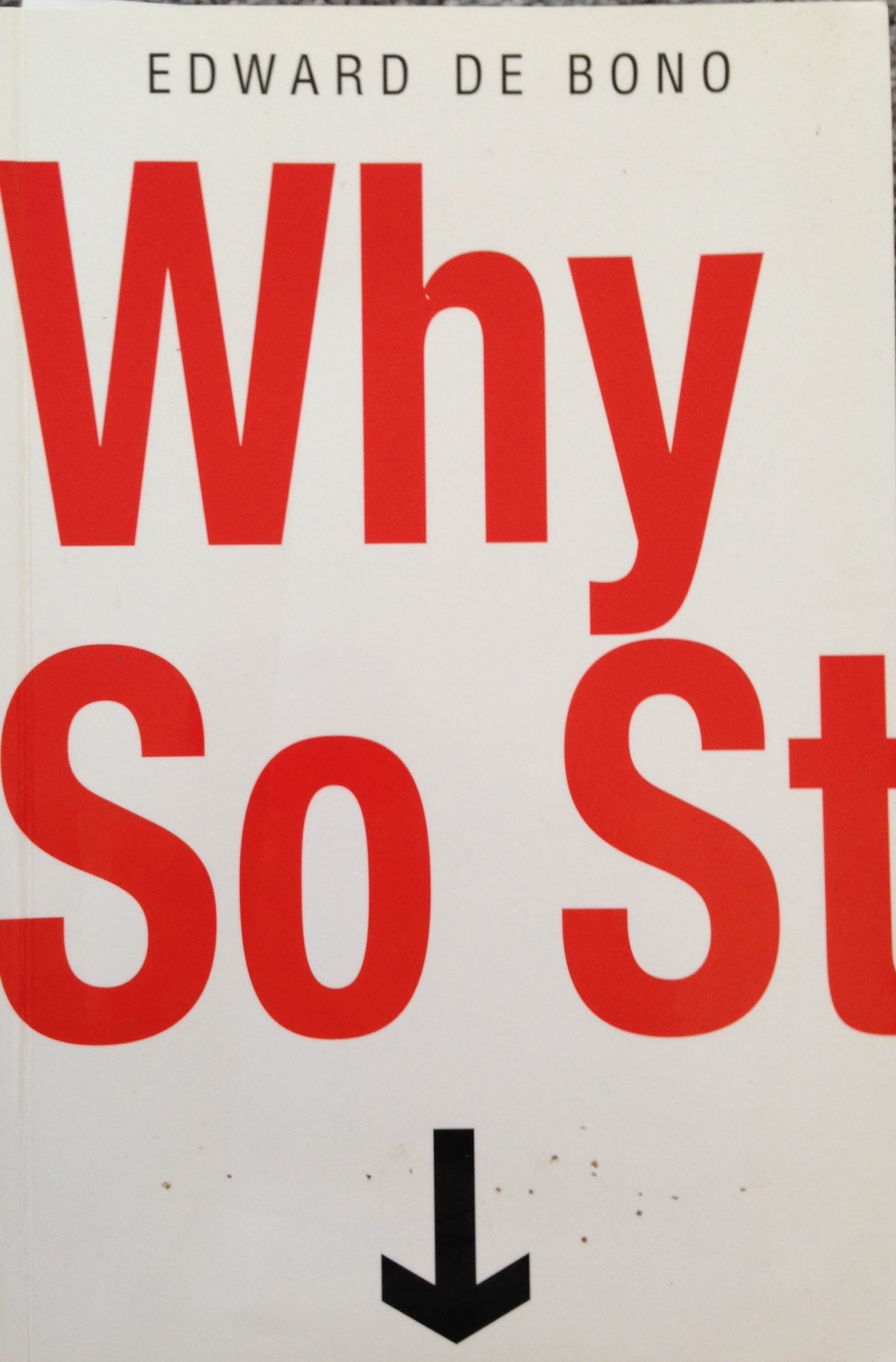 I recently picked up a copy of Edward de Bono’s book Why So Stupid? How the Human Race has Never Really Learned to Think. It’s quite a provocative title but having read much of de Bono’s work before, that didn’t put me off!

The book aims to help us recognise and accept the system bias of the human brain and then to design thinking solutions around that.  As a starting point, what we currently have is ‘recognition-based’ thinking, that is to say, we analyze the situation in order to identify all the standard parts or components.   The more complex or unknown the situation, the more parts our brain will need to break it down into in order to recognise known parts.  One example of this might be the process by which a GP would diagnose a patient’s illness i.e. collect data, list possibilities, seek to exclude possibilities (tests) and the diagnosis is the possibility that cannot be excluded.

This method of thinking can be traced back to Ancient Greek thinkers Aristotle, Plato and Socrates.  I won’t even try to give a background into the philosophies of these individuals but for the purposes of isolating their ‘method’ of, or approach to, thinking, it could be broadly described as follows:

Such established human thinking is successful in science and technology but not so much in human affairs.  The natural behaviour of the brain is to set up stable patterns for dealing with a stable world; it is what makes practical life possible. Following on from that, with our brains’ box-labeling system comes an in-built mismatch mechanism.  While critical thinking has enormous value, you cannot design a better way forward with judgment alone.  This is where ‘Design Thinking’ comes into play.  It focuses in putting things together to deliver value.

Some key take-away points in brief:

Certainty based on experience is only temporary – but usable none the less.

Whereas traditional thinking is consumed with ‘what is?’; design thinking considers ‘what can be?’

De Bono’s work is full of surprising facts, for example, did you know that humour is by far the most significant behaviour of the human brain and, conversely, reason tells us very little?

China used to be a global leader in science and technology (they created gun powder and rockets) but their thinking at that time had no ‘possibility’ system built in i.e. they considered only what is instead of what can be i.e. creativity, design, hypothesis

Parallel thinking gets every party thinking and looking in the same direction at the same time and then, significantly, the direction then changes for everyone.  The example given in the book is about four engineers, each standing at different walls to the north, south, east and west of a building arguing (by mobile phone) about the best way to approach the building. But each is arguing from their own particular viewpoint.  Parallel thinking brings all four together, first to the north, then to the south, later to the east and then to the west.  Together they see all angles of the building/issue.

This is different to lateral thinking i.e. you cannot dig a hole is a  different place by digging the same hole deeper!

Otherwise known as the ‘Sequence Effect’, this reflects the need to go back and change a concept/idea/arrangement which – in its day – was the best possible one but now blocks the way to better concepts.

[Similar to ‘Annealing’, this is the process of disturbing local equilibrium in order to achieve global equilibrium.]

This can be seen as micro-failure on your way to macro-success (or how a spring-cleaning makes your home look significantly worse before it gets significantly better!).

We fool ourselves that progress happens in a linear fashion.

Crazytivity is being different for the sake of being different.  Creativity demands value; at the end of the creativity process, there has to be a value.  De Bono gives a simple definition of creativity as ‘Unexpected Effectiveness’, while I do not believe that that definition goes far enough, it does separate the crazy from the creative.

Finally, the shortest and most simple way to close off this synopsis is as to suggest a conscious thought process as follows:

So what needs to be done..?

Our existing thinking system is excellent at analysis, judgment and recognition. This system seeks ‘truth’.  We need to develop much better thinking for creativity and design.  That thinking would seek ‘value’.  You can analyze the past but you have to design the future.

Here is a link to the book on Amazon, if you read it be sure to comment below and let me know what you thought of it, or perhaps email me directly on Carol@CarolTallon.com